One of Immigration Partnership Winnipeg’s (IPW) major strategic priorities is to enhance bridges between the Indigenous and newcomer communities through the creation of new opportunities and the further development of current practices that enable and facilitate cross cultural learning, understanding and support to promote cultural safety. As one initiative to achieve this priority, IPW, in partnership with the Treaty Relations Commission of Manitoba, the University of Manitoba Community Service Learning & KAIROS Canada, is developing an Orientation Tool for newcomer communities on Indigenous history, culture and contemporary realities.

We believe that at the very early stage of their arrival, if not prior to their landing, newcomers should be educated about Indigenous perspectives on the history of Canada. Bringing the historical aspect during the settlement orientation is extremely important as a preventative measure to having internalized oppressive beliefs about Indigenous people.

It is important to set the frame right by having newcomers understand the history of Canada and some of its devastative effect on Indigenous Peoples. The Indigenous Orientation Toolkit seeks to build awareness, de-bunk myths and develop understanding of Indigenous issues for newly arrived immigrants and refugees and those who help them settle in Manitoba.

Objectives of the Indigenous Orientation Tool

The Indigenous Orientation Toolkit will be a result of many consultations with community leaders, elders and activists from the Indigenous and newcomer communities, as well as input from partner agencies. Furthermore, this project seeks to foster safe spaces for dialogue, with the primary objective of educating newcomers on Indigenous issues as a precursor to enabling the process of relationship building between communities. This Tool will serve as a training curriculum that will be delivered by Indigenous trainers to settlement workers, ethno-cultural community leaders, EAL teachers and newcomers themselves during their initial settlement stages.  It will include many inter-active and accessible modules that will provide context, stories and concrete information on Indigenous issues to our newest community members.

Canada is a nation founded by colonial settlers, but long before the colonists arrive Indigenous peoples lived in harmony with the land. This workshop explores the initial colonization of Canada, focusing on the spirit and intent of the treaties and discusses how these agreements have impacted the relationship between Indigenous peoples and European settlers

Traditional teachings and culture vary widely between different First Nations Groups, and yet there are aspects that share similarities between Nations. This workshop explores some universal teachings, as well as discussing the importance of making distinctions between separate First Nations communities.

Traditional Indigenous teachings focus greatly on the importance of land and water and these elements play a great role in spirituality, language, and world view. This workshop discusses the importance of natural resources to the culture of Indigenous peoples, including our responsibilities to the land and how colonialism has impacted our relationships with the land.

Thank You To Our Partners 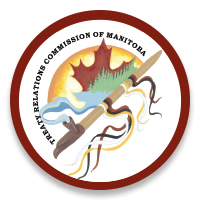